The Valdambra is rich in history, art and nature. Its century-old forests, its fields with farmhouses scattered here and there and its vineyards and olive trees lying gently on the slopes are among the most beautiful of Tuscany. There are many small villages that deserve a visit and that on summer weekends often host lively village festivals with great food.

Because of its beauty the Valdambra is the area in Tuscany with the most hiking trails, well marked and full of charm: walking in the woods, it is possible to suddenly find an old farmhouse, surrounded by olive trees, then, after a while, to discover a small village, maybe with a charming castle or an antique church.

The town of Ambra consists of an ancient castle on a hill on the left bank of the river of the same name, and a still- expanding village that has developed in the course of the centuries at the foot of the original stronghold, in the small space on the valley floor.

By the beginning of the 13th century, Ambra’s defences were pulled down in in the mid-15th century, following the battles between Arezzo and Florence.

Cennina castle rises on a hill of 477 meters high at dominion of the Valdambra, that was in the Middle Age an important road of communications between the Florentine territory of the Upper Valdarno and the Valley of Monteaperti under Senese control,  and strategic access to Florence from south. Its origin goes back, with every probability, to the Etruscan-Roman era and its development to the time of the Longobard invasions, perhaps as point of lookout and control on the underlying roads. The actual walled suburb rises around the feudal castle of the 12th century.

Cennina castle was built in 1167 by the count Brandaglia Alberigo d’ Uguccione to whose family  belonged during all the 12th century, although the zone resulted under the control of the counts of the Guidi family, and subsequently the castle changed several feudal owner: Cennina was occupied by the Tarlati, Ubertini and the counts Guidi themselves.

In the 1307 Cennina was damaged  by the Senese army, allied with the Black Guelphs of Florence that were in war against the White Guelphs allied with the Ghibellines of Arezzo.

The Montebenichi castle is an enchanting small castle in a tiny, storybook-perfect, medieval village perched on a hilltop in Tuscany, romantically facing a miniature plaza enclosed by a circle of homes built into the old tower walls. This is a sturdy, stone building with a crenellated roof, arched windows, and a row of colorful coats of armor stretching across the top. 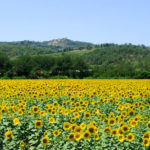 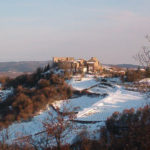 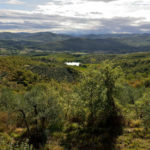 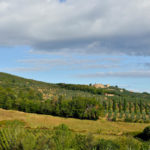 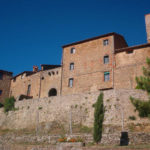 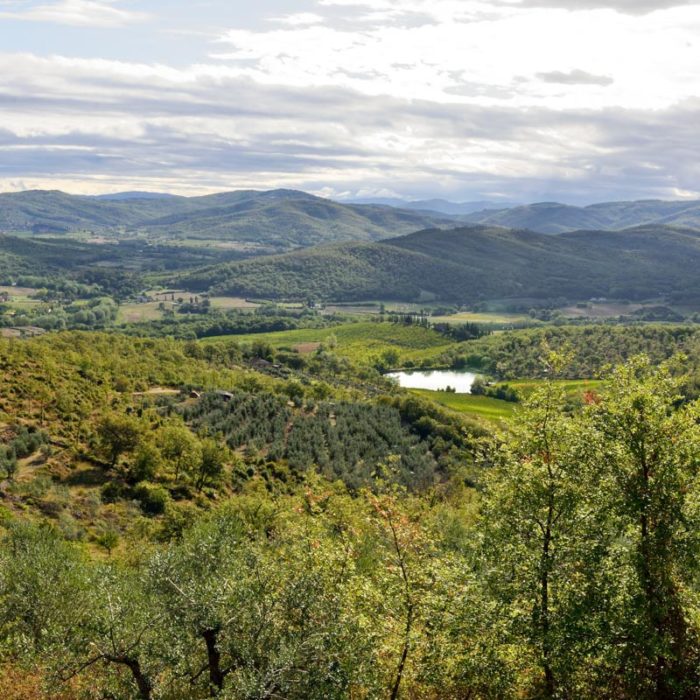