Montalcino is a hill town and comune in Tuscany, Italy. It is famous for its Brunello di Montalcino wine.

The town is located to the west of Pienza, close to the Crete Senesi in Val d’Orcia. The Monte Amiata is located nearby.

The hill upon which Montalcino sits has probably been settled since Etruscan times. Its first mention in historical documents in 814 AD suggests there was a church here in the 9th century, most likely built by monks associated with the nearby Abbey of Sant’Antimo. The population grew suddenly in the middle of the tenth century, when people fleeing the nearby town of Roselle took up residence in the town.

The town takes its name from a variety of oak tree that once covered the terrain. The very high site of the town offers stunning views over the Asso, Ombrone and Arbia valleys of Tuscany, dotted with silvery olive orchards, vineyards, fields and villages. The lower slopes of the Montalcino hill itself are dominated by highly productive vines and olive orchards.

During medieval times the city was known for its tanneries and for the shoes and other leather goods that were made from the high-quality leathers that were produced there.

Montalcino recently increased economic growth due to the increasing popularity of the town’s famous wine Brunello di Montalcino, made from the sangiovese grosso grapes grown within the comune. The number of producers of the wine has grown from only 11 in the 1960s to more than 200 today, producing some 330,000 cases of the Brunello wine annually. Brunello was the first wine to be awarded Denominazione di Origine Controllata e Garantita (DOCG) status. In addition to Brunello di Montalcino, which must be aged five years prior to release, 6 years for the Riserva, Rosso di Montalcino (DOC), made from sangiovese grosso grapes and aged one year, and a variety of Super Tuscan wines are also produced within the comune, as well as the Moscadello sweet white wines for which it was most famous until the development of the Brunello series.

The first walls of the town were built in the 13th century. The fortress, built in 1361 atop the highest point of the town, was designed with a pentagonal layout by the Sienese architects Mino Foresi and Domenico di Feo. The fortress incorporates some of the pre-existing southern walls, the pre-existing structures including the keep of Santo Martini, the San Giovanni tower and an ancient basilica which now serves as the fortress chapel. Though the town itself was eventually conquered, the fortress itself never submitted, an admirable feat, considering the size of the Sienese and Florentine forces that besieged Montalcino at varying intervals.

The narrow, short street leads down from the main gate of the fortress to the the Chiesa di Sant’Agostino with its simple 13th-century, Romanesque façade. Adjacent to the church is the former convent, now the Musei Riuniti, both a civic and diocesan museum, housing among its collections: a wooden crucifix by an unknown artist of the Sienese school, two 15th century wooden sculptures, including a Madonna by an anonymous artist, and several terracotta sculptures attributed which to the Della Robbia school. The collection also includes a St Peter and St Paul by Ambrogio Lorenzetti and a Virgin and Child by Simone Martini. There are also modern works from the early 20th century in the museum.

The Duomo (cathedral), dedicated to San Salvatore, was built originally in the 14th Century, but now has a 19th-century Neoclassical façade designed by the Sienese architect Agostino Fantasici.

The Piazza della Principessa Margherita is down the hill from the fortress and Duomo on the via Matteotti. The principal building on the piazza is the former Palazzo dei Priori or Palazzo Comunale (built late 13th, early 14th century), now town hall. The palace is adorned with the coats of arms of the Podesta, once rulers of the city. A tall medieval tower is incorporated into the palazzo. Close by is a Renaissance-style building with six round arches, called La Loggia, for which construction began at the very end of the 14th century and finished in the early 15th, but which has undergone much restoration work over the subsequent centuries.

Montalcino is divided, like most medieval Tuscan cities, into quarters called contrade, Borghetto, Travaglio, Pianello and Ruga, each with their own colors, songs and separate drum rhythms to distinguish them. Twice a year they meet together in a breath taking archery contest under the walls of the Fortezza, conducted in Medieval dress, with lords and ladies of each contrada who accompany the proceedings.

The 13th-century church of San Francesco in the Castlevecchio contrada has undergone several renovations. It contains 16th-century frescoes by Vincenzo Tamagni.

The medieval quarter in Montalcino is denominated as the centro storico (historical center).

In 2010, the Festa Europea Della Musica had its first edition in Montalcino, to promote tourism and the produce, specially wine, of the region. Associated with the Fête de la Musique, created in 1981 in Paris to celebrate music and musicians, the Festa was incorporated into the Italian Minister of Culture’s agenda in 1994, and has since spread across Italy. Celebrated on the 21st of June, the entire town and its “frazioni” become one varicoloured musical tapestry that offsets beautifully the jewel of the territory itself. 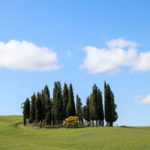 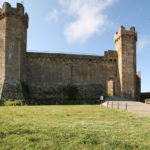 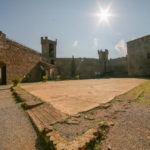 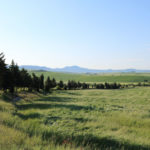 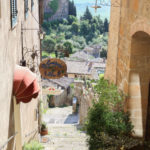 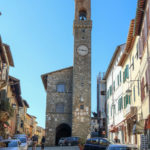 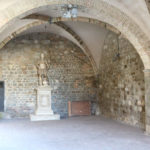 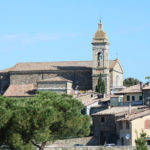 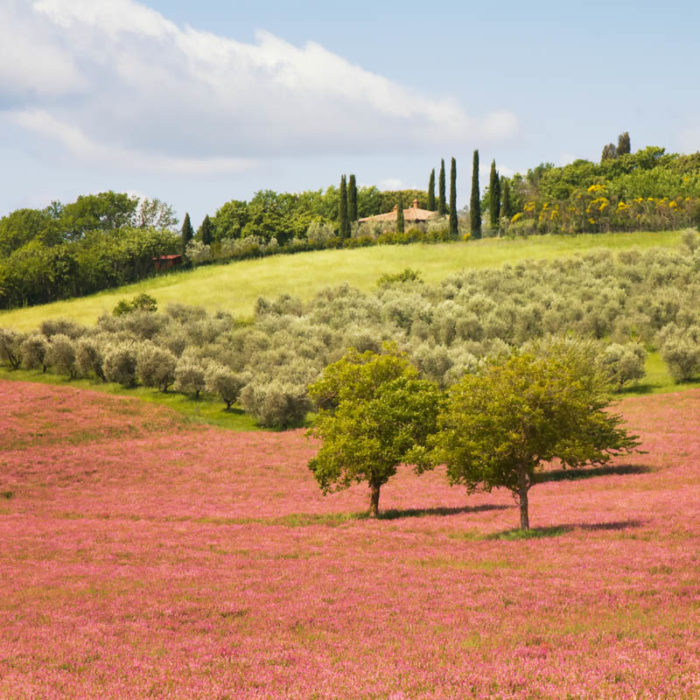 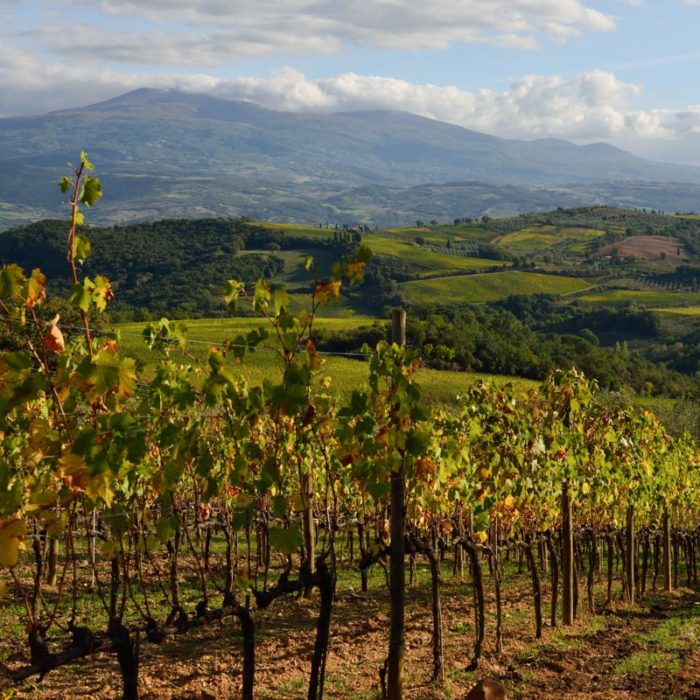 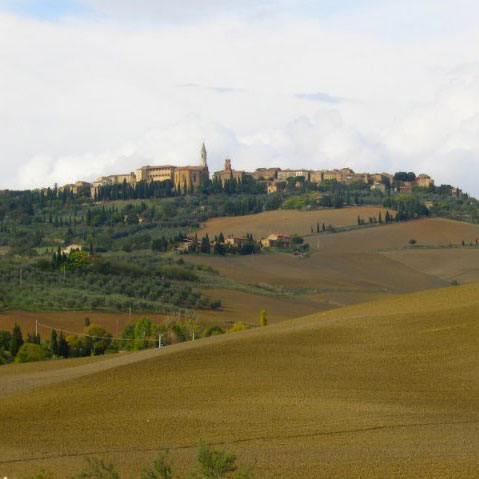 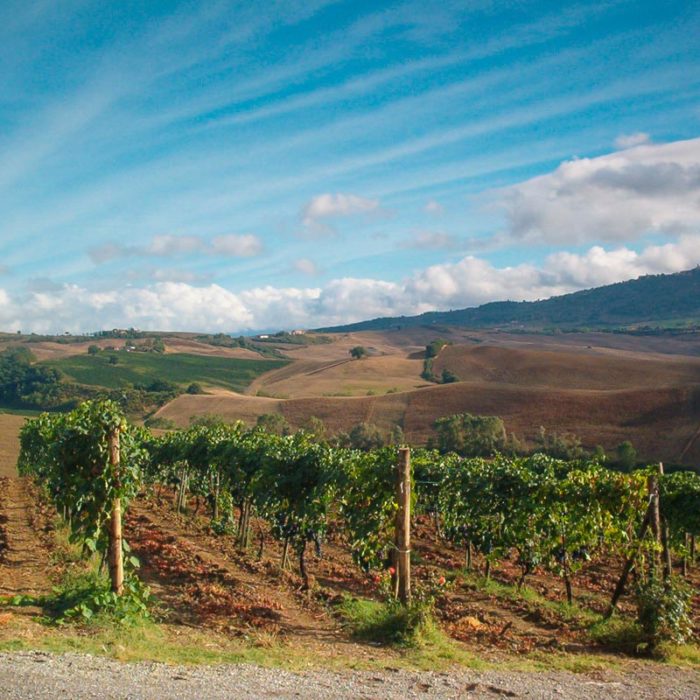